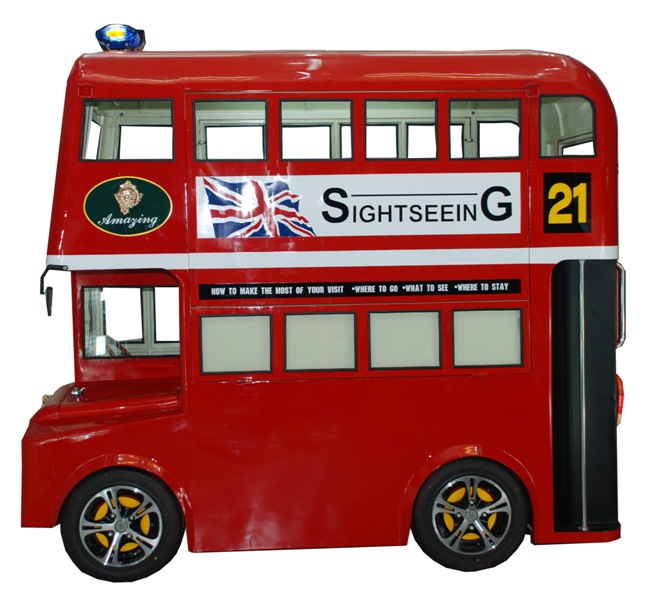 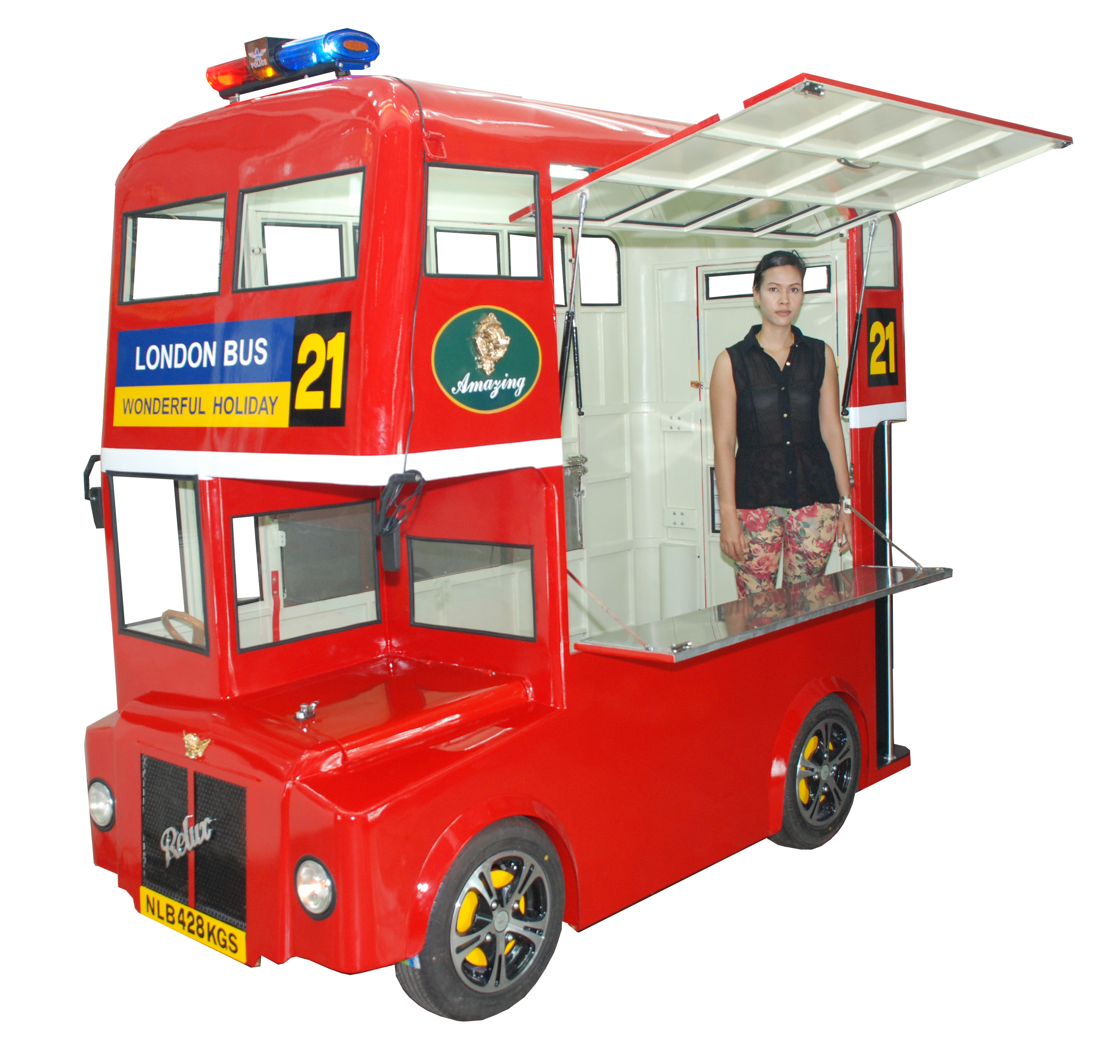 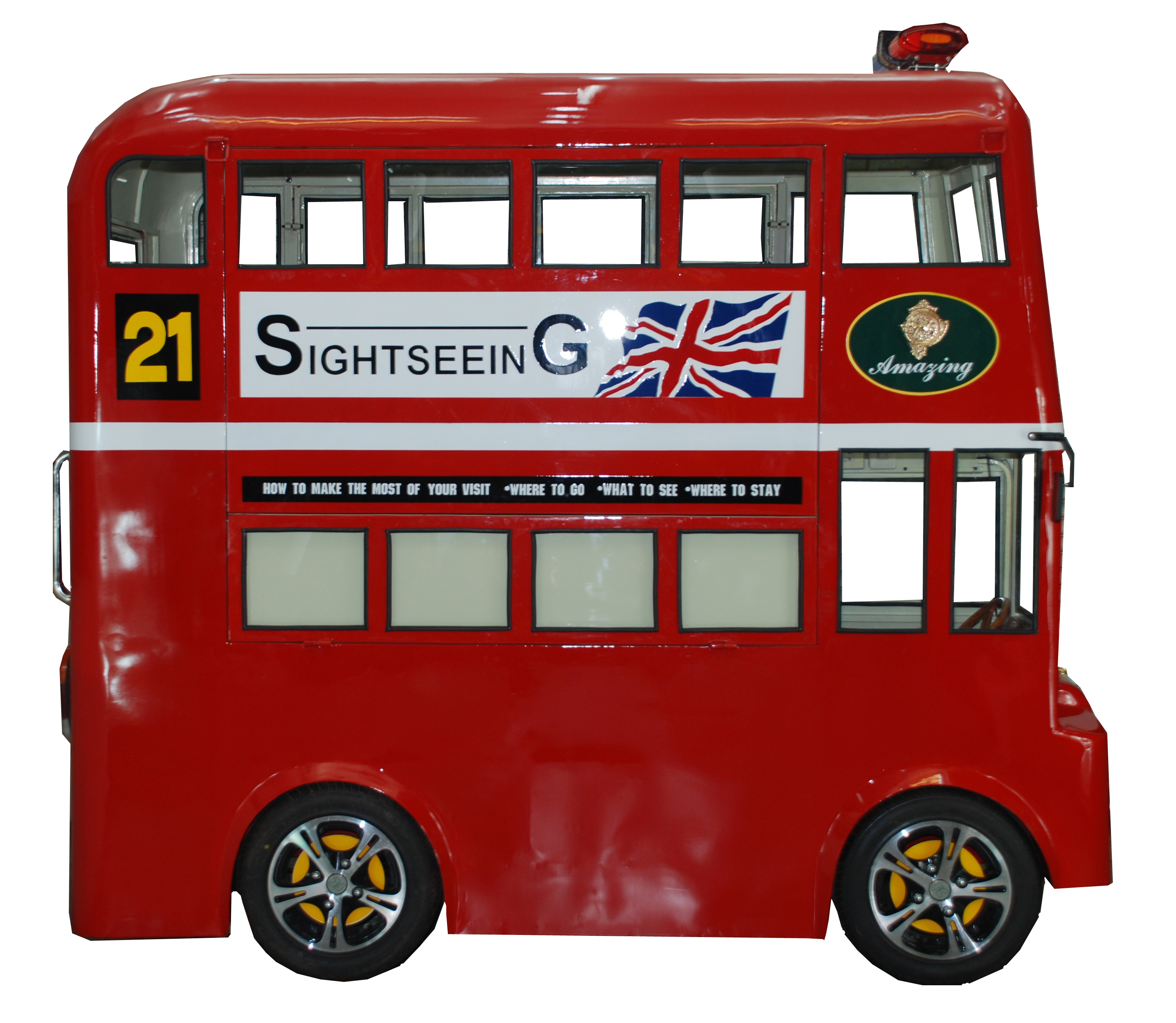 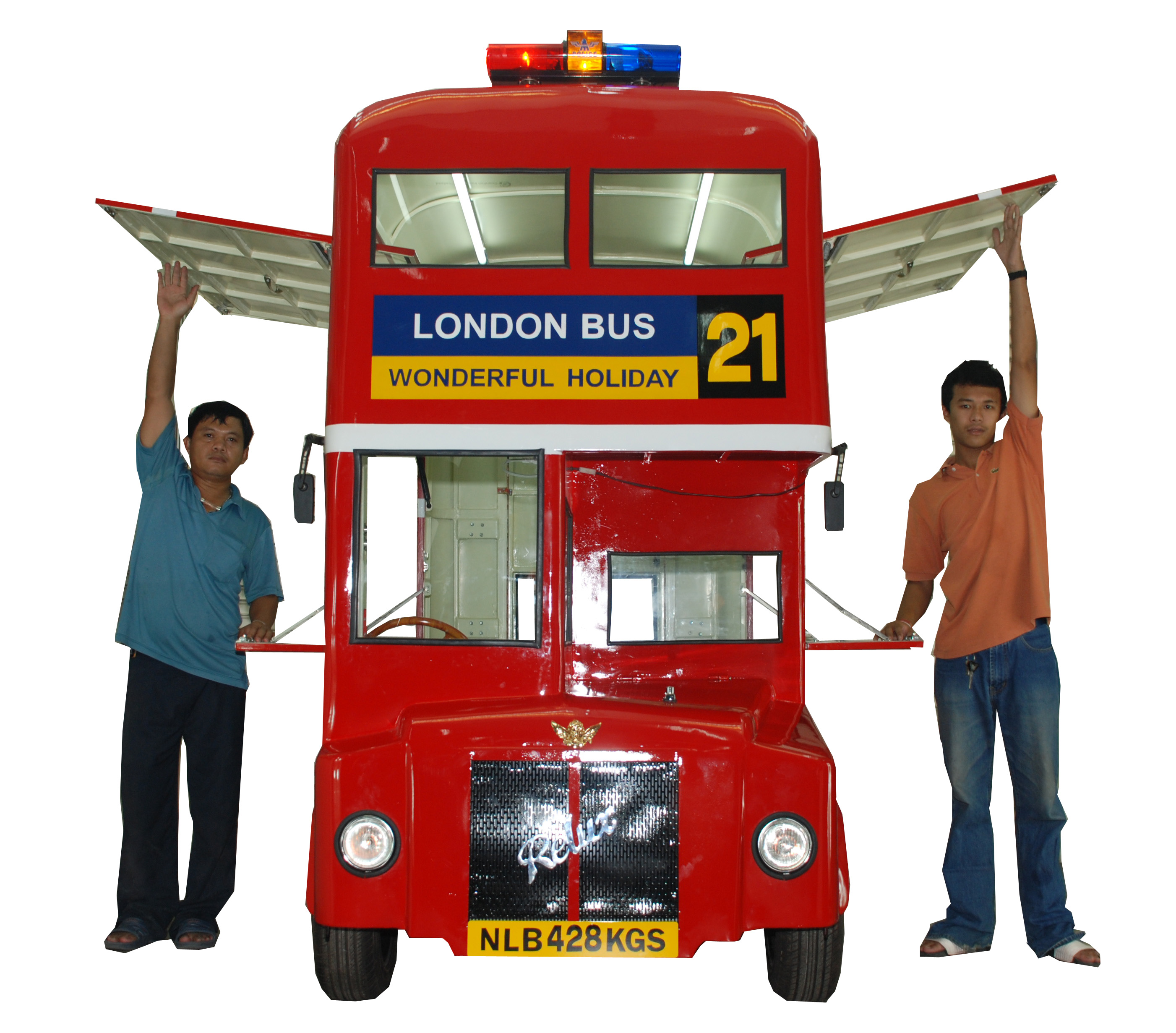 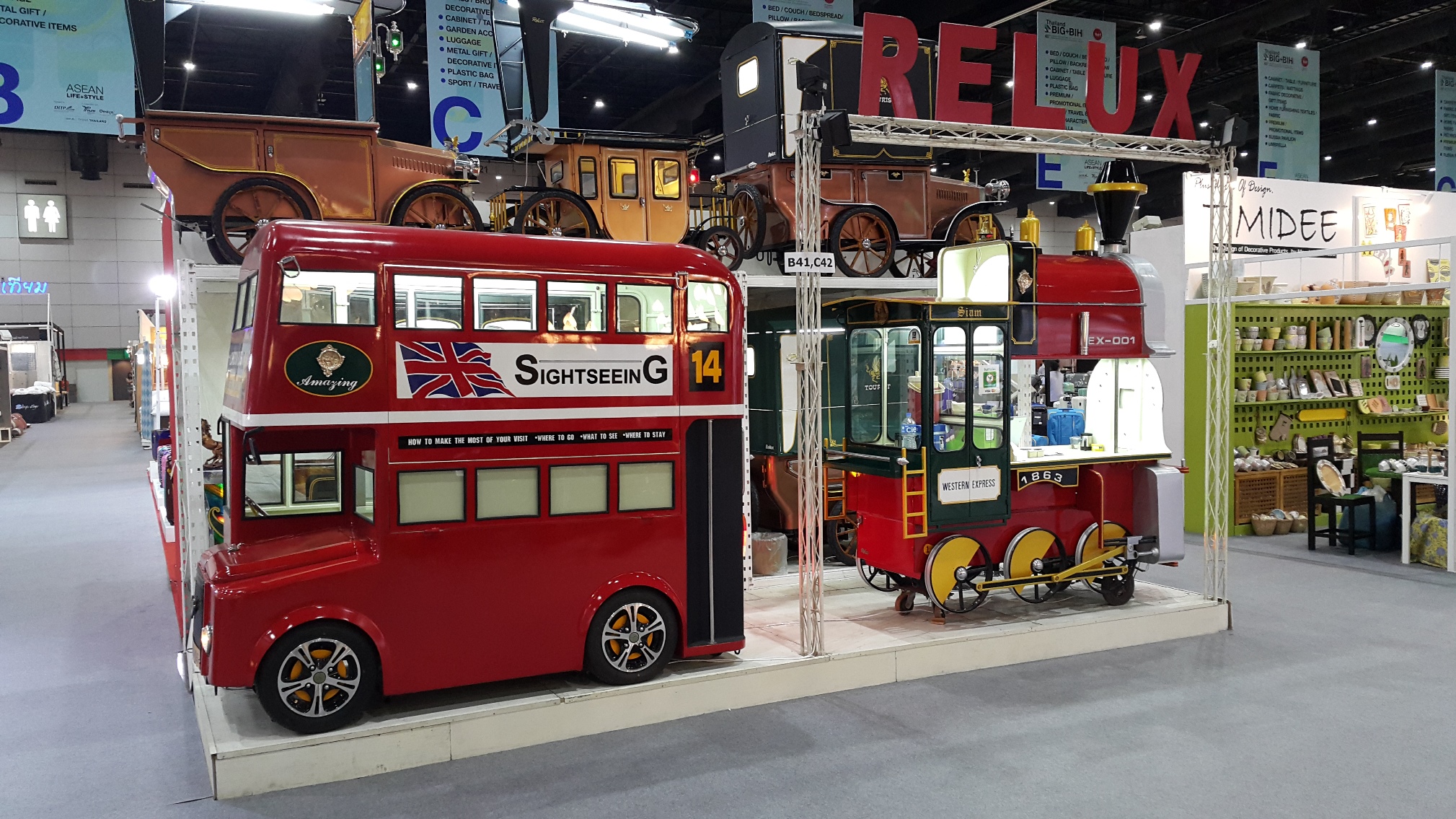 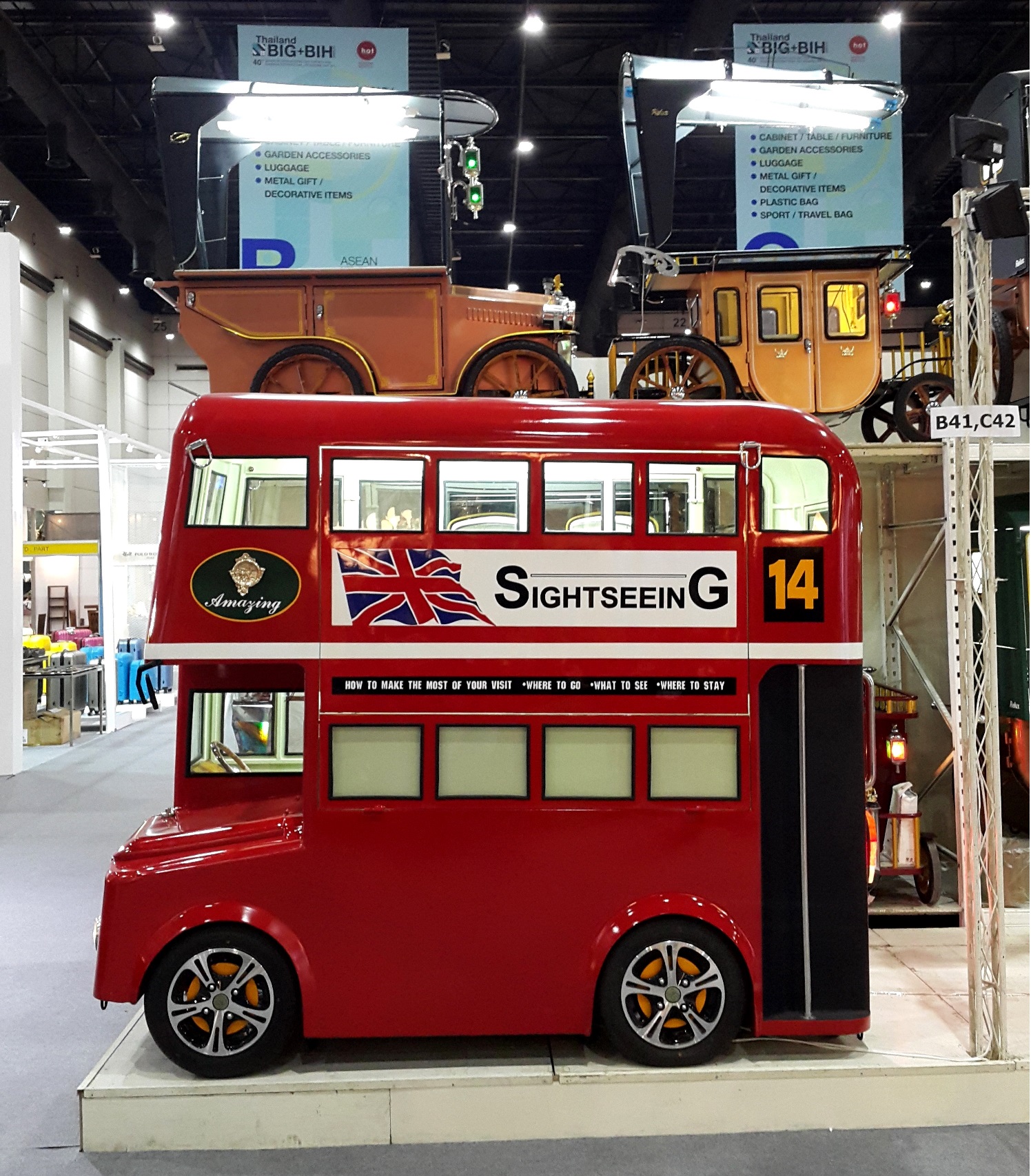 Description : Double-decker bus for SME business-ice cream or icy beverage.....Heat ventilation; Interior decoration.....Pushed up and pulled down windows used to be counter.....Able to keep your belongs inside

From Wikipedia, the free encyclopedia
This article is about London buses in general. For the organisation responsible for running most buses in London, see London Buses. 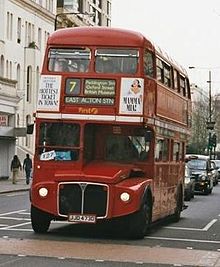 A symbol of London: the AEC Routemaster

The London Bus is one of London's principal icons, the archetypal red rear-entrance AEC Routemaster being recognized worldwide. Although the Routemaster has been phased out of regular service, with only one route still using the vehicles (15H),[1] the majority of buses in London are still red and therefore the red double-decker bus remains a widely recognised symbol of the city.

Buses have been used on the streets of London since 1829, when George Shillibeer started operating his horse drawn omnibus service from Paddington to the city. In 1850 Thomas Tilling started horse bus services,[2] and in 1855 the London General Omnibus Company or LGOC was founded to amalgamate and regulate the horse-drawn omnibus services then operating in London.[3]

LGOC began using motor omnibuses in 1902, and manufactured them itself from 1909. In 1904 Thomas Tilling started its first motor bus service. The last LGOC horse-drawn bus ran on 25 October 1911, although independent operators used them until 1914.[4]

In 1909 Thomas Tilling and LGOC entered into an agreement to pool their resources. The agreement restricted the expansion of Thomas Tilling in London, and allowed the LGOC to lead an amalgamation of most of London's bus services. However, also in 1909 Thomas Clarkson started the National Steam Car Company to run steam buses in London in competition with the LGOC. In 1919 the National company reached agreement with the LGOC to withdraw from bus operation in London, and steam bus services ceased later that year.[5]

*Thank you information from WIKIPEDIA*